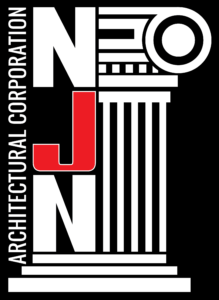 Mr. Jones received a Bachelor of Architecture degree from the University of British Columbia. Later he was awarded the B.C. Electric Post Graduate Fellowship for study in Europe.

His comprehensive experience includes many areas of building design and  development. Projects have ranged from compact multiple residential and institutional buildings to large mixed use complexes. Project sites are located throughout Western and Eastern Canada, with many awards for the quality and creativity of the projects.

Mr. Jones is a qualified real estate developer who has been active from 1968 to the present. He has developed both for His own account, joint ventures, syndications and public private partnership projects.

His companies have often assisted individuals, non-profit organizations and development companies in acquiring land and creating projects. He is a recognized authority in the design, construction and management of Seniors independent and assisted living projects. Mr. Jones has served as founder and the driving force behind non-profit societies active in building seniors housing.

A.I.B.C. Lifetime Membership Certificate in recognition of over 30 years of continuous membership

Vincent Massey Award for Excellence in the Urban Environment for the Penticton Retirement Complex, Penticton, BC.